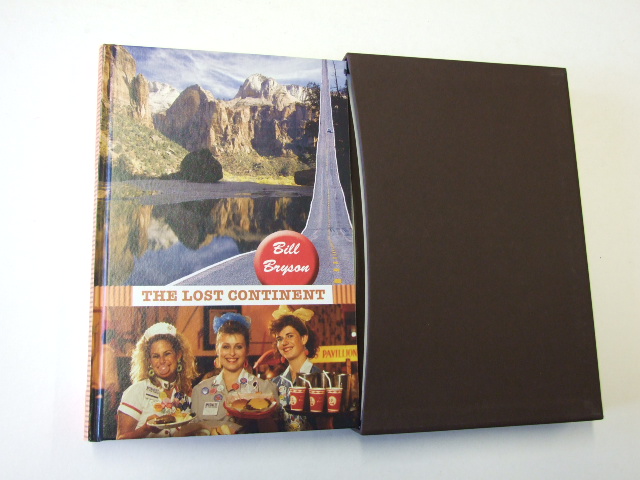 Published in London by Folio Society. 2007. First Thus. 4 Fine Hardbacks. Sealed. No inscriptions or bookplates. Fine slipcase. Hardcastle, Nick (illustrator). 8vo 391pp, 407pp, 411pp, 453pp, colour frontispiece and 10 b+w illustrations to each volume, pictorial front board. Quarter bound in cloth with blocked paper sides. Set in Garamond. 4 volumes, with 44 illustrations 4 in colour by Nick Hardcastle. Whether it's a classic whodunit, a brilliantly plotted detective story or a sophisticated psychological chiller, there's no greater pleasure than settling down with a good crime story. These stories introduce many of crime fiction's finest heroes, including the crucial episodes that formed Ian Rankin's John Rebus and John Le Carré's spy–master George Smiley. Acclaimed masters of mystery such as Sir Arthur Conan Doyle, Agatha Christie, Rex Stout and Edgar Wallace rub shoulders with less well known yet equally compelling writers like American mystery queen Anna Katharine Green and Cornell Woolrich, best known for 'Rear Window', famously immortalised in film by Alfred Hitchcock. Each story is introduced either by the authors themselves, by fellow crime writers, including Colin Dexter, Reginald Hill and Margaret Yorke, or by aficionados of the genre, like Patrick Marnham, Simon Brett and Marcel Berlins. Full of menace and diabolical twists, pitting rationalism against the supernatural, good against evil, these twenty masterpieces will baffle and entertain the most ingenious of armchair detectives. The Perfect Crime in the perfect length of story. These novellas and 'longer' short stories are tightly written but with the space for real psychological insight. Indeed, several of these stories give the background to some of the most famous characters in crime fiction. Read the crucial episodes that formed Ian Rankin's John Rebus, Antonia Fraser's Jemima Shore or John Carré's spymaster George Smiley. Volume 1: Early Escapades Early Escapades opens with addictive, cunningly plotted stories by the leading lights of Victorian 'sensation' fiction, Mary E. Braddon and Wilkie Collins. These are jewels from the gothic origins of crime and mystery writing, as precious as the amethyst box which unleashes a trail of murder in Anna Katharine Green's disturbing tale, and as immaculately presented as Maurice Leblanc's delightful Gallic burglar, Arséne Lupin. But the world they present is a treacherous one and those who journey there should beware…; The Mystery at Fernwood by Mary E. Braddon The Professor's Story or the Yellow Mask by Wilkie Collins The Mystery of Cloomber by Arthur Conan Doyle The Amethyst Box by Anna Katharine Green The Seven of Hearts by Maurice Leblanc; 'Arsčne Lupin… unsurpassed in the skills of disguise and impersonation' COLIN DEXTOR ON THE SEVEN OF HEARTS; Volume 2: Superior Sleuths Guaranteed to make any reader cudgel 'the little grey cells', 'Dead Man's Mirror' is a classic from the mistress of mystery and suspense: a locked door, a gleaming pistol, a shattered mirror – a suicide seems obvious, but Poirot has other ideas – Two famous characters make their debuts in these stories: the world's most famous spymaster, George Smiley, would go on to take a leading role in many of John Le Carré's future novels, while Antonia Fraser's Jemima Shore is introduced in a terrific English mystery set in a country convent.; Dead Man's Mirror by Agatha Christie The Gun with Wings by Rex Stout Call for the Dead by John Le Carré Quiet as a Nun by Antonia Fraser Grace Notes by Sara Paretsky ; 'Intelligent, thrilling, surprising' SUNDAY TELEGRAPH ON CALL FOR THE DEAD; Volume 3: Police Procedures Arriving in a picturesque village not far from Paris, Chief Superintendent Maigret finds himself disturbed by more than the mysterious death he has come to investigate. In the face of his past, even his famous powers of deduction seem to be deserting him. Comedy and clues combine in Brahms and Simon's deliciously witty 'A Bullet in the Ballet', a complete contrast to Ian Rankin's edgy tale where he takes his unforgettable hero, Inspector John Rebus, back to the town he grew up in. Henning Mankell's novels featuring Kurt Wallander have become bestsellers throughout Europe and 'The Man on the Beach' provides an intriguing insight to his hero's past.; Maigret and the Toy Village by Georges Simenon A Bullet in the Ballet by Brahms and Simon The Terror by Edgar Wallace Death is Not the End by Ian Rankin The Man on the Beach by Henning Mankell ; Volume 4: Murderous Minds When insurance salesman Walter Huff meets Phyllis Nirdlinger, the glamorous wife of one of his wealthy clients, it doesn't take him long to decide to help her get rid of her husband. Delivered in taut, stiletto-sharp prose, James Cain's 'Double Indemnity' explores the obsessive desire that can destroy everything in its path. Cornell Woolrich's chilling story of the disappearance of newly-wed Smiles Bliss demonstrates his mastery of the noir genre. In 'Piranha to Scurfy', Ruth Rendell adds a spine tingling dimension to her story of an obsessive loner, while Minette Walters's 'The Tinder Box' reveals how ignorance and a vigilante mentality can ignite in deadly conflagration.; Double Indemnity by James Cain Wanted: Someone Innocent by Margery Allingham You'll Never See Me Again by Cornell Woolrich Piranha to Scurfy by Ruth Rendell The Tinder Box by Minette Walters; 'Cornell Woolrich managed suspense better than any other writer before or since' PETER LOVESEY Illustrated by Nick Hardcastle. 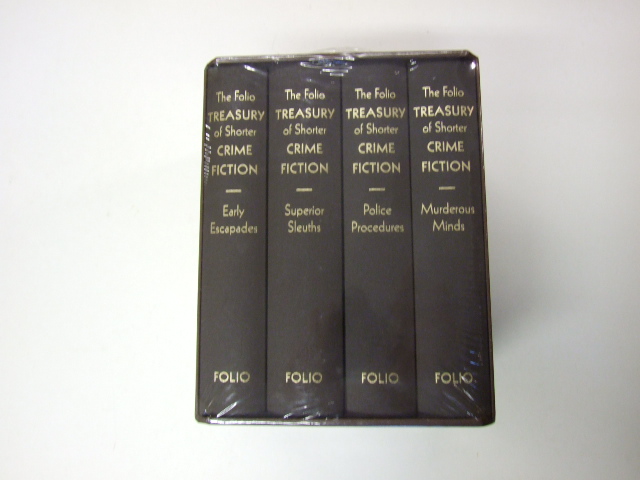