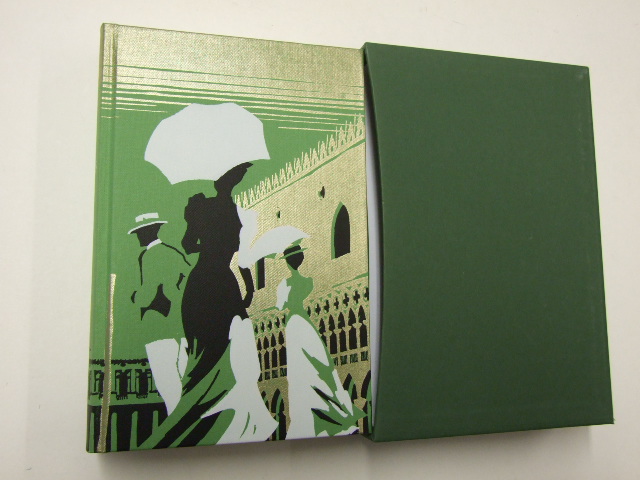 For Sale
The Wings of the Dove
James, Henry
Click to view details

Scorcher Comic was launched on 10th January 1970, fuelled by the huge growth in interest in football brought about by the 1966 victory for England in the World Cup, and perhaps inspired by the success of football magazines like 'Goal' and 'Shoot'.

IPC Magazines took the bold step of launching a comic with strips and articles devoted entirely to football, which had been a subject for comic strips and stories in the UK for many years, with perhaps the most famous being Roy of the Rovers, who first appeared in the Tiger comic in the 1950s.

Scorcher was a departure from the style of comic popular in the 1960s. There were comics with funny stories aimed at a young audience (Beano, Dandy, Beezer, Topper, Buster, Sparky and so on), boy's comics with a mix of sport and adventure stories (Lion, Tiger), war stories (Victor, Valiant and the various Picture Library titles), or girl's comics like Diana, Bunty and Mandy, and of course the TV related titles like TV 21, TV Tornado and TV Comic.

But Scorcher went for the core readership of young football fans, and found an instant and very large market.

The comic was mostly devoted to strips of more or less believable football action. "Bobby of the Blues" was along similar lines to "Roy of the Rovers", with our good guy Bobby foiling the plots of various bad guys. "Paxton's Powerhouse" was about an obsessive manager who drove his players to their limits to make his team successful (ridiculous eh??). "Lag's Eleven" was a bit of light relief about a team of convict players. "Billy's Boots" told the story of the schoolboy who could only play in the haunted boots of the old professional footballer "Dead-Shot" Keen. The bizarre "Kangaroo Kid" told the frankly unlikely story of a boy brought up by kangaroos who could leap twelve feet in the air, which gave him a bit of an edge at corners.

There was a story each week as well, the whole thing interspersed with various items about footballers and teams of the day, refereeing quizzes and articles about famous matches. In general it was a well produced entertaining read, and I took it for two or three years from 11 to about 13 I think, along with a few other similar titles like "Striker" (which started on the same day) and "Score and Roar" which hit the shops in September 1970.

Eventually the market couldn't support all these titles. From 3rd July 1971 Scorcher merged with "Score" (originally "Score and Roar"), then finally with "Tiger" from 12th October 1974. Eventually the Scorcher and Score was dropped from the title, with "Tiger and Speed" becoming the new name from 1st November 1980. The 1970s soccer boom was over, and football entered a difficult phase with the waves of violence and tragic events of the 1980s. Sadly, even with the arrival of The Premiership and a new found audience for football, the football comic never took off again. Scorcher was the pick of the bunch, and is becoming increasingly popular with football collectors who have fond memories of it.