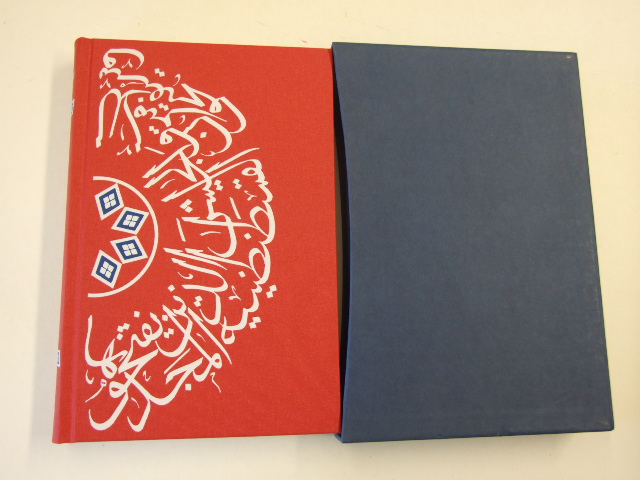 For Sale
The Fall of Constantinople 1453
Runciman, Steven
Click to view details

First Editions - how to find them

First editions of books by their favourite authors are often the most valued items in collectors' libraries. So how can you spot first editions? It is not always easy. Most have a 'First published' entry somewhere on the opening pages. Alternatively, there is a copyright symbol (a 'c' in a small circle) followed by a date. An easy way to spot a reprint is if there is a 'Reprinted' or '2nd (or later) impression' entry on the opening pages.

Another less common sign of a reprint is if the book contains a list of other books 'uniform with this volume'. This usually means that a publisher has re-issued a set of books by an author or with a particular theme in a uniform set.

In some cases, if there is no date it means that the book is a later edition, but this is not always true, for example many Edgar Wallace firsts are not dated. If in doubt, you should consult a detailed bibliography of the author's work. Sometimes these have to go into a lot of detail to tell whether books are firsts or not. Often indications are given by a list of the author's previous titles at the front of the book or on the dust-wrapper. In other cases, there is an odd mis-print present in the earliest edition but not in later ones.

With very few exceptions (notably some of the Collins Crime Club series) book club editions are not classified as firsts and are only worth a few pounds. They may be published on the same day, but in general they have little value to collectors.

Book Club editions sometimes have different dust-wrappers to publishers' copies, though this may be only in the name on the spine. Beware of spine labels such as 'BCA' (Book Club Associates), 'TLC' (The Leisure Circle), 'RU' (Readers Union), 'RS' (Reprint Society).

Reprints are also generally of much less value to collectors. This applies mainly to fiction books, but also to some extent to non-fiction titles.

Of course, because a book is a first edition, it does not mean that it is valuable. As one up and coming author ruefully remarked, it was his reprints that were scarce.

There are collectors of firsts by most popular authors, and many more obscure writers as well. However, the fact that an author's work is collected does not necessarily mean that all their books will be valuable. Typically, the most valuable books of a well-known author will be his early ones, when he was virtually unknown and the initial printing of the book was small. As authors increase in popularity, publishers print more copies in the initial print run and so they are not as rare.

A typical example of this is Ian Fleming, whose debut James Bond title, "Casino Royale" (1953), now changes hands for thousands of pounds. His later books however, are still quite common, and most of the 1960s titles can still be purchased for Ł50 or less.

It is also not uncommon, oddly enough, for an author's last few books to be quite valuable. An example occurs in the field of children's fiction with Richmal Crompton's 'William' books. The last of the series, "William the Lawless" (1970), seems to be as elusive as the earliest book, "Just William", published in 1922. This sometimes occurs because an author is waning in popularity towards the end of his career, and the first editions of his books become smaller again.

Take a look at our descriptions of first editions and other books for guidance on how to interpret the condition of books from the advertisements on this site.