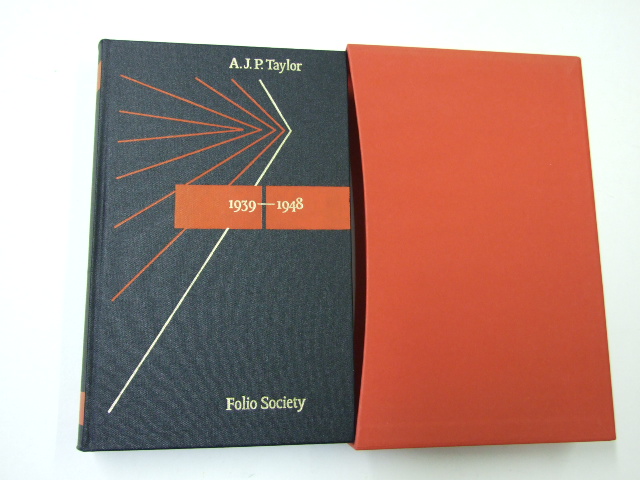 For Sale
The Second World War and Its Aftermath
Taylor, A J P
Click to view details

Published in London by Folio Society. 2015. First Thus. Fine Hardback. No inscriptions or bookplates. Near Fine slipcase. Slight marks to panels of slipcase. Introduced by Alistair Horne. An exacting and illuminating dual biography, complemented by colour photographs. Born in the same year, with several early biographical similarities, Napoleon and Wellington even shared two mistresses. Both possessed extraordinary self-belief and a single-minded desire for success. And, although they never met, they were fascinated and repelled by each other. It is the nuanced nature of this relationship that Roberts's book so adeptly uncovers. He begins with what historian Alistair Horne describes as 'a most illuminating comparative timetable of their lives'. There follows a deft reconstruction of their intertwining military careers and the rivalry that lasted until their deaths. This edition includes a chronology and three redrawn, integrated maps, as well as illustrations chosen to reflect the evolving relationship between the two commanders. They include a four-page fold-out of William Allan's The Battle of Waterloo, the only battle painting to depict both Napoleon and Wellington. 'As entertaining as it is instructive' . CHRISTOPHER HIBBERT, Sunday Times. Napoleon & Wellington book. Bound in metallic buckram, blocked with a design by Raquel Leis Allion. Set in Garamond. 400 pages. Frontispiece, 24 pages of colour plates and fold-out. 10" x 6Ľ". This is at once an incisive survey of warfare in the early 19th century and an insight into the two greatest military commanders of the age. Among the many works devoted to these towering figures, Andrew Roberts's compelling study stands apart in revealing their complex relationship. Roberts quotes a British historian who rightly asserted that 'Napoleon and Wellington will be inseparably connected as long as history is written'. What's more, the two have, in Roberts's words, inspired 'full-scale personality cults'. As a result, the reputation of each has benefited and suffered from countless generalisations, exaggerations and outright fabrications. Popular, and sometimes academic, perception has tended towards superlative comparisons in which the qualities of one are sharply contrasted with those of the other. The 'Iron Duke' has been deified by some English writers and denigrated by their French counterparts. Napoleon has been eulogised – Victor Hugo described him as 'the mighty somnambulist of a vanished dream' – and defamed as an amoral bully. But, Roberts writes, 'the two men had much more in common than either's supporters would care to admit.'. An extract from Alistair Horne's introduction. In this superbly crafted study of the two rival masters of war, Roberts judiciously restricts himself to their military careers, but few biographers have attempted to reconstruct so minutely the interaction of these. He starts with a most illuminating comparative timetable of their lives. In the years up to 1804 Wellington was a simple regimental commander of 'sepoys' (a term which Napoleon pronounced with scorn), quelling the civil war in India. By this time Napoleon had been proclaimed first consul for life, then emperor on 18May 1804. Wellington's first European command was not until 1808 when, promoted lieutenant-general, he was placed in (only temporary) command of an expeditionary force to Portugal. By then Napoleon had won all his greatest victories in Eastern Europe, against Russians, Austrians and Prussians, and forced the Treaty of Tilsit – on a raft on the river Niemen – upon a prostrate Europe. But in 1808, in a fit of excess, Napoleon sent his cohorts to invade Spain, and set up his brother Joseph on a puppet throne. The 'Spanish ulcer' would eventually wear down France as effectively as any picador in the bullring. . . To meet this challenge, Wellington was sent to assemble a new British army in Portugal. It was a small and shaky start, but from here on Wellington's star was in the ascendant. Napoleon could claim to have fought seventy battles, and won sixty of them. Wellington fought far fewer, but won them all – notably the final round, at Waterloo. It was to be the only one where both commanders were present. Andrew Roberts is a British historian and broadcaster. He received a first-class honours degree in Modern History from Gonville and Caius Col- lege, Cambridge, at which he is now an honorary senior scholar and a Doctor of Philosophy. Roberts won the Wolfson History Prize and the James Stern Silver Pen Award for Non-Fiction in 1999 for Salisbury: Victorian Titan (1999). His other publications include a biography of Lord Halifax, The Holy Fox (1991); Eminent Churchillians (1994); Hitler and Churchill (2003), which coincided with Roberts's four-part BBC2 history series; Waterloo (2005); A History of the English-Speaking Peoples since 1900 (2006); Masters and Commanders (2008); The Storm of War (2009); Letters from the Front (2012); and he edited Letters to Vicky for The Folio Society in 2012. As well as appearing regularly on both British and American television and radio, he writes for The Sunday Telegraph and reviews history books and biography for that newspaper, as well as for The Spectator, Literary Review, Mail on Sunday and Wall Street Journal. He is a Fellow of the Royal Society of Literature and has also been elected a Fellow of the Napoleonic Institute and an Honorary Member of the International Churchill Society (UK). In 2012 Roberts was awarded the William Penn Prize. His biography of Napoleon is being published in 2014, accompanied by a three-part BBC television series. From the Folio Society description. 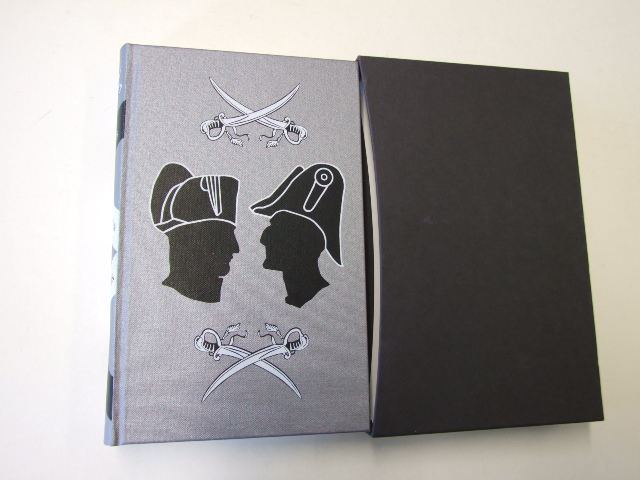